Carmen Imes was the recipient of the 2019 R. B. Y. Scott award for her book Bearing Yhwh’s Name at Sinai: A Reexamination of the Name Command of the Decalogue (Winona Lake: Eisenbrauns, 2018). Following the Annual Meeting, we connected with Carmen about the book’s contributions.

What is the driving question or issue addressed by this project?

Imes: My book focuses on the interpretation of a single verse, the command not to “take the LORD’s name in vain” (Exod 20:7). I argue that it’s largely been misread and mistranslated throughout history. My reexamination takes into consideration the literary, theological, and historical contexts of this passage, reading it with the help of conceptual metaphor theory.

What new insights, outcomes, or perspectives does the book provide?

Imes: I suggest that Exod 20:7 should be translated: “You shall not bear the name of Yahweh, your God, in vain.” Just as Israel’s high priest bore the names of the twelve tribes on his uniform to represent them to Yahweh (Exod 28:21, 29), so Israel bears the name of Yahweh and thereby represents him among the nations (Exod 19:5-6). The high priest is a visual model of the vocation of the entire nation. He literally wears Yahweh’s name on his forehead; his gold medallion reads “Holy, Belonging to Yahweh” (Exod 28:36).

The people don’t wear God’s name physically, but he has verbally claimed them as his own via the priestly blessing (Num 6:24-27). They are “a holy people, belonging to Yahweh” (Deut 7:6), and that status is conspicuous to other nations (Deut 28:9-10). To bear his name in vain would be to dishonor Yahweh by living out of sync with his covenant stipulations and in sync with surrounding nations.

How will this book advance research in your specific field?

Imes: The biggest payoff of this project is theological. Reading this verse well brings into focus the significance of Israel’s vocation, sealed at Sinai, and consequently a host of other passages that conceive of the Israelites as the people who bear Yahweh’s name. My project can also serve as a model for fruitful engagement with metaphor theory in biblical studies. It’s remarkable how deeply entrenched a particular reading can become, even when there is little contextual or historical support for it, and how early impulses to nail down a specific meaning can constrain later interpreters for centuries to come.

What findings are relevant to scholars and students in other disciplines?

Imes: I hope it encourages others to attend to conceptual metaphors, that is, to metaphors that are not fully expressed but are features of thought that give shape to language. The concept of “election as branding,” with God’s name as a brand or tattoo worn by those who consequently belong to him is powerful, but was largely missed through the centuries because of inattention to the way metaphors function. My project also has implications for pastoral theology and ethics. It makes a strong case for the ongoing relevance of the Hebrew Bible/Old Testament for Jewish and Christian faith communities today.

How did this project open up trajectories for your future research?

Imes: It already motivated a related project on the functional and symbolic significance of the high priestly garments, which will be published as a chapter in Dress and Clothing in the Hebrew Bible later this summer (T&T Clark), as well as an essay on metaphor in biblical law, which is slated to appear in the Bulletin for Biblical Research. I’ve begun further work on metaphor in the Hebrew Bible, and I’m excited to begin work on a full-length commentary on Exodus for Baker Academic (BCOT: Pentateuch series).

CSBS: Congrats again, Carmen, and thanks for connecting with us to explore the outcomes and future directions of your work. 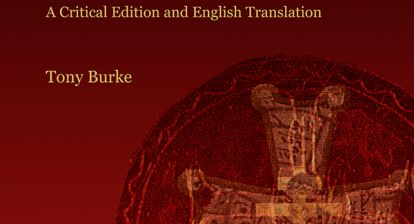